Differences between revisions 31 and 32

After the event, this section will link to the videos, slides and any notes for all recorded presentations. Not all BoFs will be videoed.

We are pleased to announce another gathering of GNU tools developers. The format of this meeting will be similar to the previous meetings. The purpose of this workshop is to gather all GNU tools developers, discuss current/future work, coordinate efforts, exchange reports on ongoing efforts, discuss development plans for the next 12 months, developer tutorials and any other related discussions.

This time, the GNU Tools Cauldron returns to the North of England, taking place in the Sackville Street building of the University of Manchester, adjacent to the Alan Turing memorial. Manchester University was one of the earliest centers of computer innovation, with Alan Turing serving as Deputy Director of the Computing Machine Laboratory from 1949. The Cauldron dinner will take place at the Manchester Art Gallery. For those who can arrive early, we have arranged a demonstration on Thursday afternoon of the 1948 Small Scale Experimental Machine (SSEM) which is housed at the Museum of Science and Industry.

We are inviting every developer working in the GNU toolchain: GCC, GDB, binutils, runtimes, etc. In addition to discussion topics selected at the conference, we are looking for advance submissions.

If you intend to participate, but not necessarily present, please let us know. Send a message to tools-cauldron-admin@googlegroups.com stating your intent to participate. Please indicate:

Please tell us as soon as possible if you need a letter of invitation in order to secure a visa.

The GNU Tools Fund sponsors student travel to attend the GNU Cauldron. Travel grants cover some or all of travel related expenses. This program is open to full time undergraduate and graduate students.

The deadline to submit a request is 1 August 2018.

If you have a topic that you would like to present, please submit an abstract describing what you plan to present. We are accepting three types of submissions:

Note that we will not be doing in-depth reviews of the presentations. Mainly we are looking for applicability and to decide scheduling. There will be time at the conference to add other topics of discussion, similarly to previous meetings.

To register your abstract, send e-mail to tools-cauldron-admin@googlegroups.com .

Your submission should contain the following information:

The personal information we hold on you is your name, affiliation, dietary preferences, T-shirt size and whether you wish to attend the SSEM demonstration. This information will only be used to contact you about the arrangements for the GNU Tools Cauldron 2018, including a follow-up questionnaire after the event. The data is held securely on outsourced secure servers where the data is encrypted. The data is only accessible by the organisers of the GNU Tool Cauldron 2018. All the data will be destroyed shortly after the GNU Tools Cauldron, once the follow-up questionnaire has been sent out.

Please contact the Data Officer if you would like to know the information we hold on you, wish to have that information deleted, or for any other queries related to GDPR.

The detailed schedule of talks will appear here. For now we have an outline schedule.

All events are in the Sackville Street Building, except where indicated.

The Great Hall seats up to 150, the C53 Lecture Theatre seats up to 137. In addition we have the Council Chamber (seating 40) for informal meetings, breakout and hacking. We shall use the Entrance Hall for the welcome reception on Thursday evening.

The schedules will be on posters around the venue, and will be updated as necessary by the organizers. In addition last minute changes will be posted on the GCC IRC channel (#gcc on irc.oftc.net) and tweeted with the hashtag #GNUCauldron.

In general we are not going to livestream the talks, although they will all be videoed and made available here shortly after the Cauldron concludes. If there is a talk where there are key remote participants, please let the organizers know as soon as possible and we'll do our best to set up a remote video connection.

Abstracts will be listed here in strict case insensitive alphabetical order of title.

Long double can take many formats. On POWER, it can take the same format as double, or the IBM Extended Precision format, which is currently default on all POWER latforms. More recently, the GLIBC community introduced library support for an additional floating-point type (_Float128), which lays the groundwork for the transition of the long double type to its new format, on powerpc64le.

The transition is currently being developed for GLIBC and is comprised of several goals and challenges:

This presentation will share the design options and rationale for choosing among them, as well as aiming to collect more feedback from the community.

How does an advanced end-user figure out what GCC's optimization passes are doing to their code, and how they might tweak things for speed?

How do we (as GNU toolchain developers) debug and improve the optimization passes?

I'll be talking about:

The C++ modules-ts [1] is now published, but undergoing design changes as implementations progress. I shall cover the progression of the design, and of the implementation in G++[2].

The SECURE project and GCC

The SECURE project is a 15 month program funded by Innovate UK, to take well known security techniques from academia and make them generally available in standard compilers, specfically GCC and LLVM. An explicit objective is for those techniques to be incorporated in the upstream versions of compilers. The Cauldron takes place in the final month of the project and this talk will present the technical details of some of the techniques implemented, and review those that are yet to be implemented. A particular focus of this talk will be on verifying that the implemetnation is correct, which can be a bigger challenge than the implementation.

Techniques to be covered in the project include the following:

In this talk I will discuss changes that I am working to rework the PowerPC GCC compiler memory support to handle memory addresses in a more general fashion. The idea is to not immediately split addresses into the instructions that will ultimately be used to address memory, but keep the addresses together longer in the RTL stage of the compiler. I will also discuss how this plays into supporting fusion that some of the PowerPC servers support.

Value-numbering on regions and beyond

Birds of a Feather sessions (BoFs)

Adding modules to C++ changes the interactions between the compiler and the build system. How might they cooperate without forcing either to be aware of the other's internals?

The GNU C Library is used as the C library in the GNU systems and most systems with the Linux kernel. The library is primarily designed to be a portable and high performance C library.It follows all relevant standards including ISO C11 and POSIX.1-2008. It is also internationalized and has one of the most complete internationalization interfaces known.

This BOF aims to bring together developers of other components that have dependencies on glibc and glibc developers to talk about the following topics:

GDB currently has very patchy support for processor architectures with memories whose addressable size is other than 8-bits. One of the problems is that while such architectures exist as internal products at various companies, very few are publicly/freely available and none of them is supported by FSF GDB. It's therefore not possible for the community to test and maintain the GDB support for such architectures.

This BoF is intended to bring together those who deal with such architectures, discuss what can be done to consolidate the support for them and how to make it easy to test it. It would be interesting to find an architecture with non-8-bit-bytes memory for which support could be added upstream. Another interesting avenue to discuss would be the AAP project by Embecosm [1], which can be used to generate architectures with unorthodox memory configurations.

BoF for all developers interested in the Power ports, discussing progress, concerns, and plans during the GCC 9 time frame. We will also provide a brief overview of the new POWER9 processors and their impact on our GNU toolchain development.

The RISC-V Vector Extension has several interesting properties. Two that are particularly interesting from a compiler perspective are:

This BoF is for discussion about changes to GCC to support the RISC-V Vector Extension and the challenges that it presents, such as the impact on optimizations that the configurable vector length and register file will have.

A meeting of the gfortran developers.

CGEN hugely simplifies writing of assemblers, disassemblers and simulators, particularly for GNU tool chains. All generated from a Scheme specification of the ISA syntax and semantics.

In this tutorial we will introduce all the key features of CGEN as used within GNU tool chains. We'll use RISC-V and AAP as examples.

Do you have questions? We may have answers. Or maybe not. 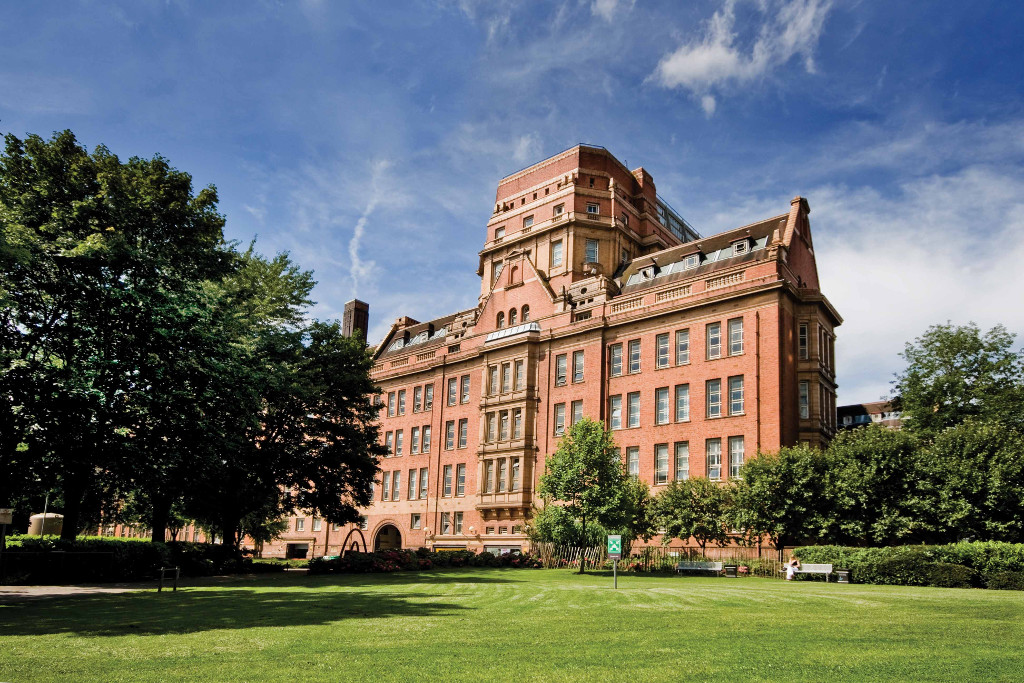 The Grade II listed Sackville Street Building opened in 1902 to support the expansion of Manchester Municipal Technical School. Today it forms part of the University of Manchester, the second largest University in the UK. 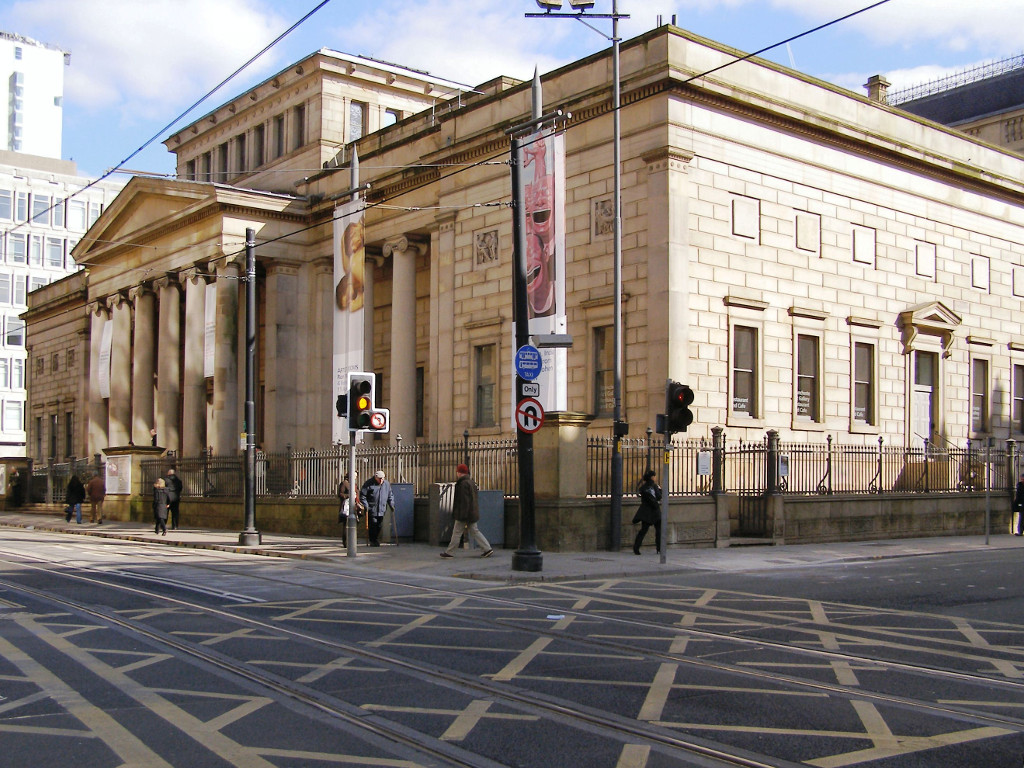 Manchester Art Gallery is home to major collections of Fine Art, Craft & Design and Costume. A chance to admire the artistic heritage of the city.

We plan a buffet feast of regional foods, which will be accompanied by beverages from local brewers and vineyards.

The Museum of Science and Industry (SSEM Demonstration) 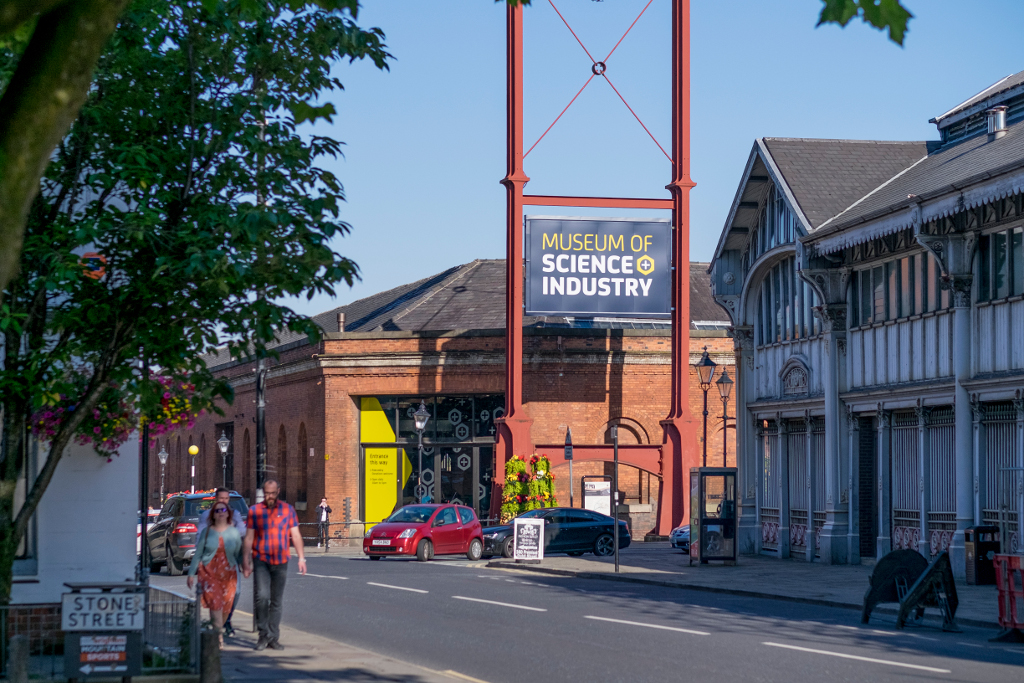 The Museum of Science and Industry celebrates Manchester's key role in technology development over the centuries and houses a replica of the 1948 Small Scale Experimental Machine (SSEM), aka the "Manchester Baby". We have arranged a demonstration for the Thursday afternoon—more details will be provided here nearer the time.

Founded as a roman fort just under two thousand years ago, Manchester remained a small town until the start of the nineteenth century. With the start of the Industrial Revolution, Manchester expanded and urbanized rapidly and today is at the center of an urban area of more than two million people. It's key role in the Industrial Revolution generated great wealth, and the city is noted for its striking architecture from the period.

Manchester is served by Manchester International airport. Transfer time by train is approximately 15 minutes. For those arriving in London, there is a fast train service taking just over 2 hours from London Euston, giving a total transfer time from Heathrow or Gatwick Airports of around 3.5 hours.

The Sackville Street Building is 400m from Manchester Piccadilly station and is very well served by trains from the airport, London and many northern towns and cities. For timetables and travel planning see National Rail Enquiries.

The building is also a short walk from the Central Coach Station, offering coach transport to London and many other cities. For timetables and travel planning see National Express.

In addition to the long distance rail and coach network, Manchester has an extensive bus and tram network. Everything you could possibly want to know is available from Transport for Greater Manchester.

Numerous taxi companies as well as Uber serve Manchester. There is a public taxi rank at Piccadilly station where you can pick up a metered taxi.

Every major hotel chain is represented in Manchester, and there is a huge choice of smaller independent hotels, B&Bs and self catering accommodation. Manchester Visitor Information can provide detailed advice.

The UK is generally temperate, but well known for the variability of its weather. While September can often be pleasantly warm, it can also serve up autumn gales and rain.